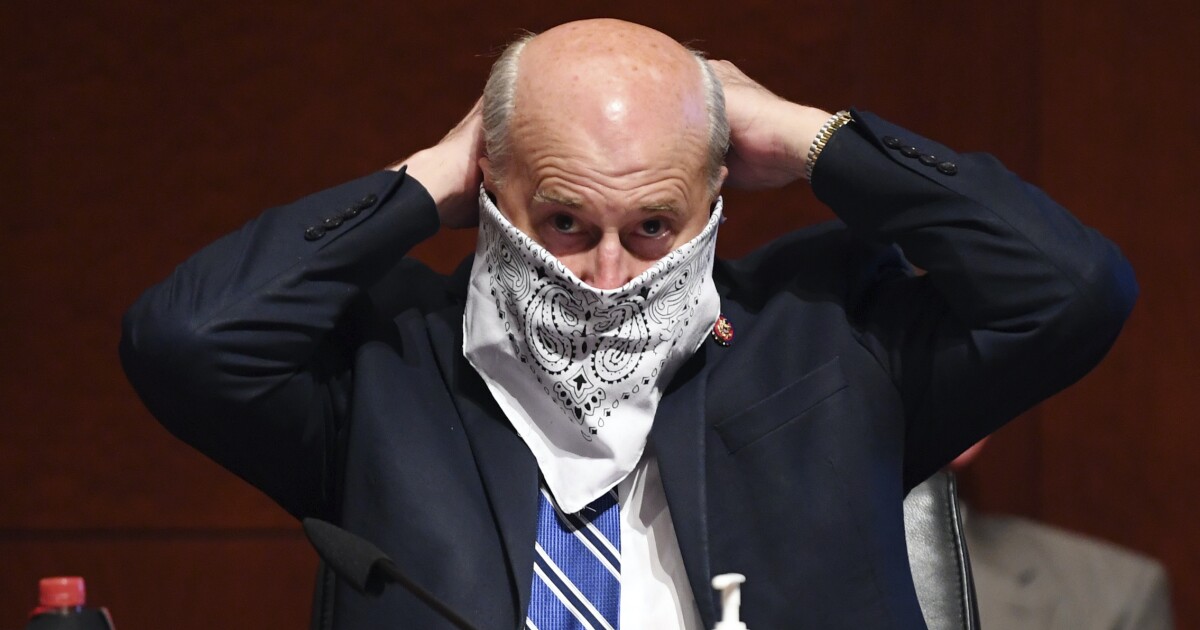 Louie Gohmert is COVID-19-free, and he credits hydroxychloroquine

Rep. Louie Gohmert has recovered from the coronavirus and plans to donate plasma in the coming days, he told the Washington Examiner.

Okay, I am a data person and I can get hung up on stuff that nobody else would bother with. However, if someone can help me with a problem I can’t seem to solve, I would appreciate it.

The following graphs are for reported new cases per day, deaths per day and hospitalization in the United States for the period from April 4, 2020 to September 11, 2020. The graphs are from data collected into an Excel spreadsheet from two sources. The reported new cases and deaths attributed to Covid-19 are from “Worldometers” and the data for hospitalizations is from “The Covid Tracking Project."

Data for the period prior to April 10th was not collected into the spreadsheet. However, this data can be observed in graphs for new cases and deaths in the “Worldometers” link shown and, similarly, the data for hospitalizations can be found in “The Covid Tracking Project” link.

However, the peaks for the initial surge in April are observable in the about graphs. Specifically, the initial peak for reported new cases per day was 32,639 which occurred on April 10th, and the overall peak for deaths was 2,256 which occurred on April 26th. In the recent surge, the peak of 69,336 new cases per day essentially doubled the initial peak of 32,839. However, the number of deaths which peaked at 1,177 on August 4 was about half of the prior peak.

The question is: how can this be rationalized?

Okay, we know that a significant proportion of cases are asymptomatic and it seems likely that in the early days of the pandemic, the number of cases may have been significantly undercounted due to this phenomenon. Since then, testing capacity has increased and with an emphasis on testing, it seems likely that a larger proportion of the actual cases have been captured in the count.

However, hospitalizations show the two peaks with essentially an equal number. Thus to be consistent with hospitalizations, the cases per day during the early period would need to be adjusted to only twice the number reported.

I have puzzled over this for the past couple of days and I can’t think of a way to rationalize this and it is bugging me. If someone could explain this apparent inconsistency, I would appreciate it.

Fortunately for them, as you can see from the above graph, it appears that their pain from Covid-19 is essentially over. Reference graph from Worldometers.

However, it should be recognized that Stockholm, Sweden, is not exactly a significant transportation hub whereas we have several major transportation hubs with planes flying from dense areas of the country to the far reaches of the country. Plus in some of our major cities, we have millions of people being transported by subway each day. The Sweden experience is not applicable to a large diverse country such as ours. Not the same thing. American intelligence agencies have concluded that the Chinese government itself does not know the true death toll from the coronavirus.
www.snopes.com 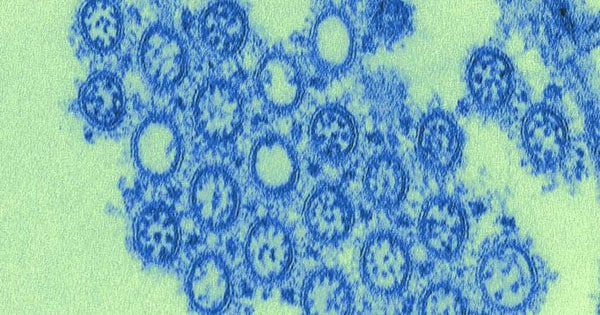 The obvious is we over 6 months have 7 million cases when testing 92 million. this covid is just worse. both spread over us. with our testing so high now, I doubt even more the number of 10x as many cases than we find. 3-5x makes more sense. that just adds up now too. Trump can use My data.

I've been looking for info on this for months. not so much about mask wearing part but Low viral load exposure.

I do question the part about asymptomatic infection. if one has enough viral load to test positive. that can not be Low viral load... you think ? I would think that would be medium/mild viral load. but I'm no doctor... yet.. but have done more reading the past 8 months.

madmadworld said:
I've been looking for info on this for months. not so much about mask wearing part but Low viral load exposure.

I do question the part about asymptomatic infection. if one has enough viral load to test positive. that can not be Low viral load... you think ? I would think that would be medium/mild viral load. but I'm no doctor... yet.. but have done more reading the past 8 months.

Still, Dr Monica Gandhi, an infectious disease physician at the University of California, San Francisco, and one of the paper’s authors, has stressed that the commentary has its limitations and should not be construed as anything other than a theory.

In the absence of evidence, a hypothesis should not be referred to as a theory. An opinion that something might be the case is not evidence. Therefore, to make the article better, each occurrence of the word "theory" in this article should be replaced with the word "hypothesis."

Agree on = hypothesis and a theory

Surely not the total of all I would like to have on viral load exposure. yet seen little else new. new meaning last few months July forward.
This sites older and this year. yet not definitive.
Viral load: How much of the virus does it take to make us sick?

Masks are a vital tool for limiting SARS-CoV-2 spread in the population. Here we utilize a mathematical model to assess the impact of masking on transmission within individual transmission pairs and at the population level. Our model quantitatively links mask efficacy to reductions in viral load...

www.medrxiv.org
more
9-18-20
Some captain obvious in this. to avoid "Join wall" search this, then use the cached.
Does Virus Dose or Load Predict How Sick You Get With COVID-19?

Does Virus Dose or Load Predict How Sick You Get With COVID-19?

Initial exposure, strength of virus infection both seen as contributors to illness severity

the link will not work in this forum.

I must say I'm suffering from Virus reading fatigue at this point, the past 7 weeks really. so much regurgitation.
Last edited: Sunday at 5:51 AM

For the Trump haters

(CIDRAP News) – Working with admittedly sparse data, a research team led by the US Centers for Disease Control and Prevention (CDC) has estimated the global death toll from the 2009 H1N1 influenza pandemic at more than 284,000, about 15 times the number of laboratory-confirmed cases.

In a recent Senate hearing, Senator Rand Paul of Kentucky in a question to Dr. Anthony Fauci suggested that the reason for the current relatively low rate of infection in New York City is herd immunity.

Dr. Fauci objected saying that Paul was not listening to the director of the CDC who had mentioned that in New York, the positivity rate is about 22% and further suggested that if the Senator believed that a 22% positivity rate results is herd immunity, he believed that he would be alone in that.

Paul is a Senator with no specific expertise in anything while Dr. Fauci is a world renowned epidemiologist. Nevertheless, I believe that Senator Paul is basically right.

First, the Senator is not completely alone in believing that a 22% of a population having been previously infected provides significant protection in a heterogeneous model.

In a homogeneous model that assumes that everyone is alike in that regard, the percentage must be relatively high. However, it can be lower in a heterogeneous model that results from infection due to a disease since some members of a population will be more likely to get the virus than others whether due to circumstance or behavior.

The percentage in a heterogeneous model may be lower since some members of a population will be less likely to be infected with virus whether due to circumstance or behavior. People who work at home are as likely on average to seek vaccination as people who travel to work via a subway system. But in the case of people gaining the immunity via disease, people who travel to work on a subway system are much more likely to be infected than people working from home or traveling by private car to work. For this reason, some modelers have used 43% in heterogeneous models. Others such as Gabriela Gomes of The University of Strathclyde have used 20% as the threshold for herd immunity.

How herd immunity happens, and will it protect us from coronavirus?

Further to the arguments presented in the article, I would mention that herd immunity is not a policy to be pursued. Instead it is a natural epidemiological phenomenon. It is simply the case that when relatively large numbers of people are infected by a disease and are therefore naturally immune from said disease, it reduces further infection.

By definition, herd immunity represents a reduction in the risk of infection with a specific communicable disease (such as measles or influenza) that occurs when a significant proportion of the population has become immune to infection so that susceptible individuals are much less likely to come in contact with infected individuals.

Finally, we can look at the New York experience itself to look for evidence. On March 16, New York state shut down along with the rest of the nation after the federal government issues new guidelines which were said at the time to be for the purpose of flattening the curve.

The question is whether the eventual decline was a result of the policy that led to the shutdown or was it because a significant number of subway riders (many of whom were probably asymptomatic) became infected and the virus began to find it increasingly difficult to find uninfected people to infect. (Kind of like the law of diminishing returns for the virus.)

I tend to the latter view. I believe that social distancing is effective and I support the wearing of masks when social distancing is not possible and particularly inside public buildings such as grocery stores where ventilation may not be perfect. But I think the shutdown was basically ineffective and I also think that continuing the shut down (which is still occurring in some states) is not justified by the science.